Like most people, I live on land, not at sea. I even live in the northern hemisphere.

Global warming isn’t the same everywhere. In particular, it’s happening faster on land areas than over the oceans. While the globe as a whole is warming at a rate of around 1.7 to 1.8 °C/century over the last several decades, the land areas alone have been warming up more than 50% faster, at about 2.8 °C/century. And of course, not all land areas are warming at the same rate either. On the whole, the northern hemisphere land is warming faster than southern hemisphere land; here in the north we’re heating up at around 3.2 °C/century (for land areas, I like to use the data from the Berkeley Earth Surface Temperature project). 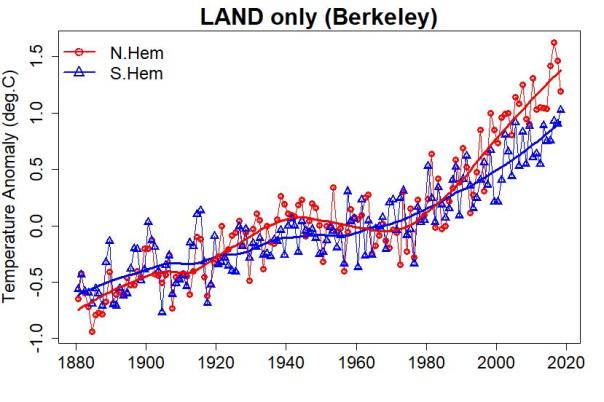